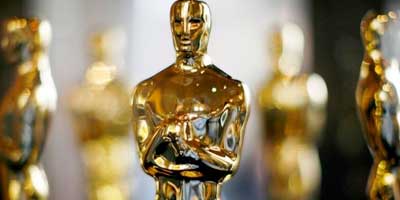 The past several weeks have been very exciting for Tolin FX as Pittsburgh geared up to throw the spotlight on our city’s film scene as it does every year surrounding the glitz and glamor of the Academy Awards. At this time of year that you can really feel how proud Pittsburgh is of it’s film history and current film industry, and this year you could feel it even more intensely because Pittsburgh’s own Mr. Michael Keaton (one of my favorite actors for his unforgettable portrayal of Beetlejuice) was nominated for best actor. On top of that, Fox Catcher which was filmed primarily in Pittsburgh was up for several Oscars as well. But we felt more connected to Pittsburgh’s film industry in a deeper way for other reasons.

First of which would be that Pittsburgh Tribune Review did a lifestyle piece on Tolin FX and me personally. Rex Rutkoski did a most thorough interview and follow up question process and wrote a piece that really highlighted how our work is impacted by our film industry and what a pivotal role we play within that industry in Pittsburgh. I was super happy we how it came out and am unbelievably flattered by all the nice things that my colleagues and fellows had to say about our work. And the Trib sent Andrew Russell to photograph our shop and me at work. We were at it for a long time and he really took some amazing shots of our work. All in all the Trib made us look great and helped us to see how we do really plug into our cities’ cultural value. Steve Tolin in his studio at Tolin FX A pile of our Squib FX rigs shipping out.

Tolin FX was also invited to the Andy Warhol museum on Pittsburgh’s North Side again this year for another lecture on special effects and filmmaking in Pittsburgh and a live special effects demo for Carl Kurlander and Steeltown Entertainment Project’s Teen Pre-Oscar party. Steeltown is doing some amazing work in really connecting Pittsburgh to its film industry through high school outreach and screenwriting competitions and one of the ways that they do that is with a pre-Oscar party for teens where they invite industry professionals to come and geek out about what they love. As a precursor to that Carl invited me to come on the KDKA Pittsburgh Today Live morning news live with him to talk about why it would be cool for them to come down. You can watch the piece here. We had a good turnout and I spoke with the kids for a bit about what our work is like and then used our Tarantino Squib FX rig to shoot Michael Strapac in the freight elevator, much to everyone’s delight. Mikey and I stayed for close to an hour speaking with kids after who were particularly interested in special effects. I think its important to point out that Mikey and I met at this same gig last year when he came to learn more too. Now he’s one of my number one bullet hit rig techs. Then came the night of the gala. Tolin FX had created a zombie sculpture bust (that was signed by George Romero and Russ Streiner) for the silent auction for the Film Office Gala in 2014, but this year we were invited to take part in the 2015 Pittsburgh Film Office’s Lights, Glamor, Action in a much more engaging way. Theresa Kaufman, who we had worked with on 2014 Pittsburgh Rock and Roll Hall of Fame Inaugural Induction, was heading up this year’s PFO Gala along with Shari Zatman, and they wanted to create a more unique experience this year and asked to leverage our skills to make the party more memorable. They were interested in creating a more engaging and lively experience and we were interested in featuring our Squib FX rigs to shock and awe and another piece to contrast the blood and show the beautiful work that we can do too. From these combined interests two ideas were born- 1) to create a character called Bubbles the Champaigne Goddess who would be elevated high above the crowd, and 2) to stage a zombie attack on the main stage during the announcements of the silent auction results!

So- I knew that in an uncontrolled gala environment that we would need to be as controlled with our zombie schenanigans as possible. This would require the best fight director that Pittsburgh has to offer- Randy Kovitz. I asked him if he would be interested in helping to spice up the night a bit and he was totally on board. So much in fact that he cast all of the players we would need for our zombie attack! Hand picking them from the acting students and colleagues that Randy works with regularly, he brought on board Shaina Pajak to play Bubbles, and Keith Hernandez, Christina Arroyo, Chris Cattell, Emily Metzger, Benjamin Sheeler, Laura McKenzie,  and (fellow Elkinite) Cindy Jackson to play our zombies and what we called our Zombie Control Officers (those responsible for keeping the unruly zombies in check). Playing our announcer who would be getting attacked and therefore the one responsible for using our blood spray rig, was David Petti. We spent a few days prior to the event practicing with Dave and his attackers, zeroing in our aim (critical to not spraying unsuspecting attendees’ gowns and such). Dave is a natural and it only took a few practices to see that we were in good hands!

Helping to make our zombies on the day of the event, I was joined by Chucky Hendershot, Amanda Luppe, Kyle Roberts and Jeremy Wallace (who both also became zombies for the night), Dale Capelanio, and the Dougtastic Doug Fairall. Doug was also in charge of making Bubbles into a beautiful champagne goddess and did so with great effect. Leading the blood slinging part of our operation and prepping David and his rig was Michael Strapac with some help from Dale.

Our first moment of the evening was Shari’s brainchild. It began when to sound of Superman’s theme our very own Bubbles was raised 15′ into the air on a lift that gave the impression of a 15′ long dress. Bubbles was draped into the dress/lift by John Hohman and her awesome totally vertical hair was styled by Meg Frattare giving her even more height. Between everyone involved she was stunning as she rose into the air. Bubbles gave a bold announcement and then she was up there for what seemed like an eternity. Eventually she was allowed down and we moved from the beautiful to the grotesque.

We started the zombie activities by mobbing Russ Streiner as he tried to give a speech then the zombies would take a stroll every hour or so, bumbling along and being hilarious and having pictures taken- only to be brought back to our hidden makeup area by the Zombie Control Officers soon thereafter. This continued for several hours.  Then came our zombie attack. Dave Petti took the stage and began his announcement about a diamond raffle that was a big part of the fundraising. In the middle of his announcement he was attacked by a zombie who bit out his throat. Dave then proceeded to cover the walls and windows and stage with 50oz of sustained blood spray from his neck before collapsing in a heap. Our Zombie Control Officers got rid of the zombies and the gala bystanders stood gleefully horrified. Applause followed and we celebrated our success and got cleaned up.

While our Mr. Keaton did not win his Oscar this year and even though Bill Corso was robbed of an Oscar for Foxcatcher (which could easily and very well may warrant an entirely separate post), Pittsburgh ended its festivities more in love with our city’s film industry than ever before. For us- it was an intense week filled with lots of talking about what I love,  and doing the work that has made us an important part of Pittsburgh’s film and theatre scene. We intend to build on this momentum and are working hard to keep the inertia. We are growing and getting some really crazy cool gigs that are taking us to some new and exciting places. We’ll have thrilling news on that front soon!…